The Doppelkreuz: Then and Now

The Tactical Symbol of the Doppelkreuz ("Double Cross")

The symbol was adopted with the motorization of 3. Infanterie Division at the beginning of 1941.  Yellow crosses were painted on to all of the formation's vehicles.  This symbol was chosen by the high command for reasons that remained unknown to the common Landser.  However, the Landser quickly became accustomed to this insignia.  One day he got a good idea; what is good for the vehicles is also good for the field cap!  At the division's motor pools a small industry developed for the production of Doppelkreuze insignia made out of sheet metal so that they could be worn on field caps.  The resourcefulness of the Landser was followed by a regimental order that required every Landser to wear this emblem on his cap.  We have continued this tradition today, as can be seen below on the side of Grenadier Kaminsky's M43 hat. 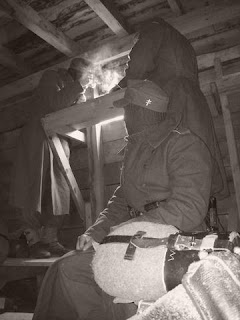 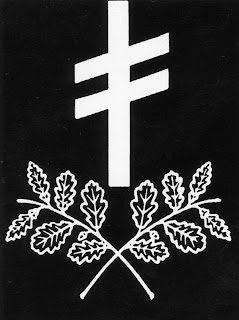