How Uniforms and Equipment were Marked

Before the outbreak of WWII, Wehrmacht regulations stipulated that each soldier's uniform and equipment items were to be marked with a tag with his name, and a stamp for his unit. Here is a scan from a wartime manual that showed where these stamps and labels were to be placed in the various items a soldier was issued. 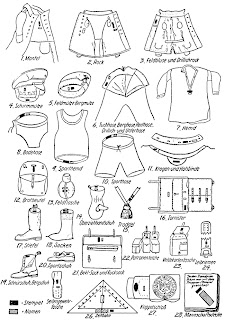 Here is the interior of an early M34 field cap: 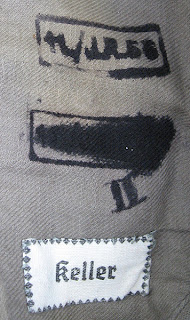 This cap follows the regulations exactly. Note that at some point the soldier was transferred and the unit stamp inked out with a new unit stamped in. There is no unit designation on the name tag, this would have been redundant as that information was on the ink stamp. Here is another original pre-war name tape of the same type. 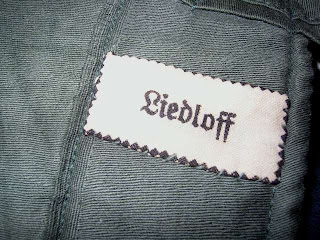 Some of the name tags used before the war also did have unit designations. Here is one on a RAD Zeltbahn. Various Fraktur fonts were commonly used on these tags. 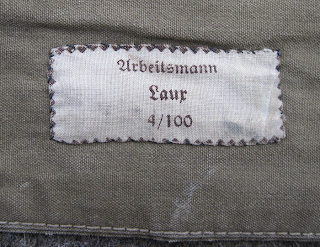 The use of the name tags and stamps was not the easiest or simplest way to mark gear, it was also not the most permanent way as the tags could be removed/replaced, but it was the German regulation way. Wehrmacht units were in charge of stamping the gear with the unit designation and we can assume that the tags were supplied by the units to the soldiers, or at least the tags were made easily available for them to buy. All this changed in 1940 with the following regulation:


"Allegemeine Heeresmitteilungen, Marz 1940
299. Namenszettel
Waehrend des Krieges kommt das anbringen von Namenszettel as Stoff bzw Papier in die Bekleidungs und Ausrusestungsstuecke des Mannes (H. Dv. 121 Nr. 142) in Fortfall. Vorhandene sowie bereits bestellte Namenszettel koennen aufgebraucht werden."
Translation: During the war the use of name tags made of cloth or paper in clothing and equipment of the men (as stated in previous regulation) is discontinued. Existing tags and those already ordered can be used.
Use of clothing labels was not a totally private and optional endeavor before the war, it was by regulation. When a new regulation stated that these tags were to be discontinued, it seems reasonable to assume that they were no longer supplied or made available to soldiers by their units. This is why the overwhelming vast majority of surviving wartime issue uniform and equipment items do not have these labels. Most survivng labels are on pre-war items. It is easy to find 100 or more untouched wartime manufacture issued and used uniform/equipment items without these tags, for every one with a tag. However, soldiers did need to find some way to identify personal property and kit items. So here are some of the ways this was actually done during the war, showing original wartime field gear items for examples:
-Stitching name or initials into fabric, as seen on this gas mask strap: 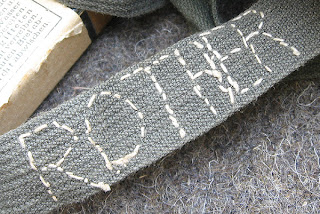 -Use of simple typed glued-on name labels in place of printed tags, here on a gas mask canister: 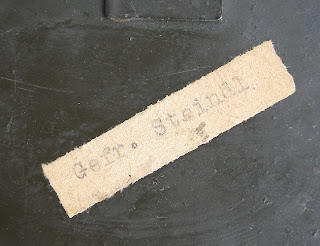 -Writing a name on the item in ink, probably most common way for cloth items; here on a Rucksack, a Tornister, and a canteen cover: 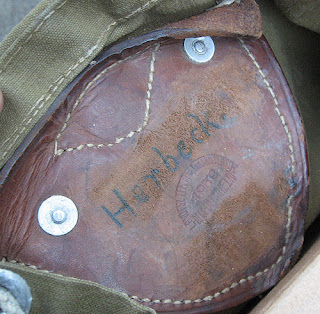 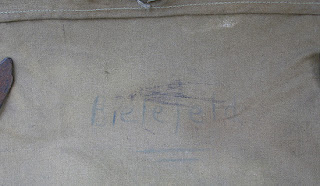 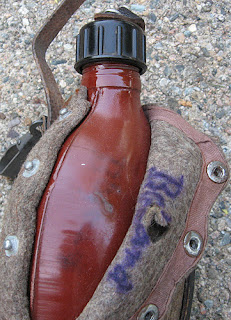 ﻿
-Scratching a name into a metal item, shown here on a belt buckle and a mess tin: 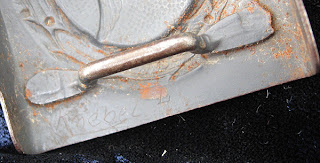 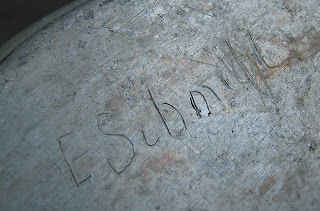 -Scratching or writing initials, a monogram, or identifying symbol of some kind. Here are a couple of canteens with marks on the leather straps, a Zeltbahn with an ink marking, and a mess kit: 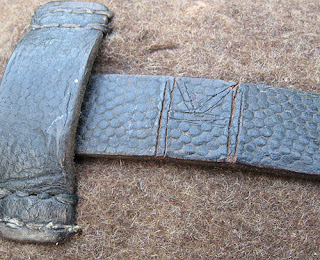 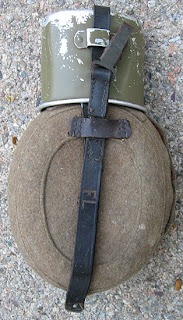 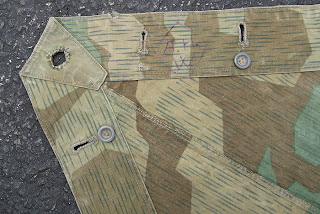 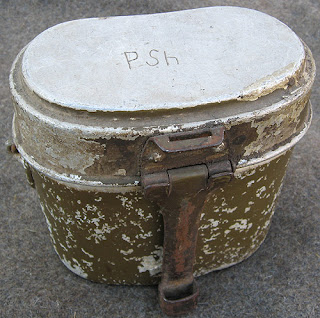 Note that none of these examples have any kind of unit designation, divisional symbol or other identifier. Only rarely would a soldier have also added his unit. In such cases the Kompanie was specified, not the Division as I have seen all too many times on reenactment kit items. The most typical way would be the soldier's name and the number of the Kompanie, as on this 1943 Tornister: 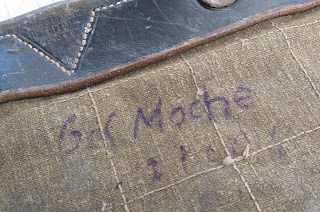 In some few cases the Feldpost number might be used, as on this late-war Tornister for a 12. SS soldier: 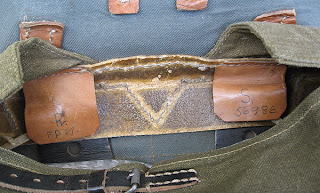 There were of course private-purchase civilian type identifying items that soldiers could have bought and used as well to mark kit. Here are metal initials on an officer's M38 cap, and a woven initial sewn on issue underclothing. 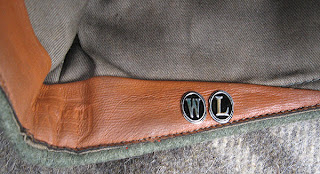 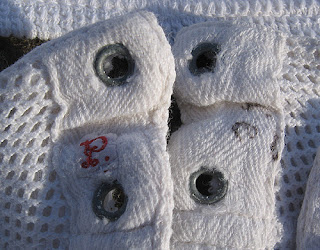 With minimal effort, it is easy to mark uniform and equipment items in an authentic way.
Posted by Chris P. at 7:06 AM