For this event the unit recreated a quiet weekend along the Rhine estuary, defending a suburb of Koln during March 1945. Our primary goals included the construction of semi-permanent field positions, a field communications network, establishing a Vorpost (listening station), and a functional headquarters for the depleted Kompanie. This event was another unit-only immersion scenario where no tactical takes place and members get to experience the minutia of living in the Wehrmacht during the latter stages of the war. 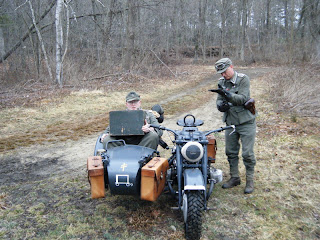 Feldwebel Clauss and Hauptfeldwebel Tietze return from a Krad patrol bearing a box of captured supplies. 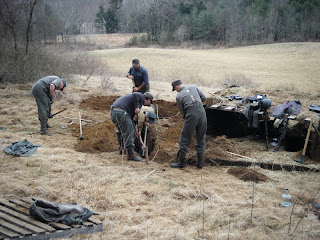 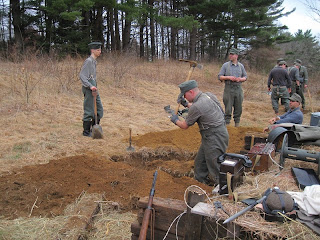 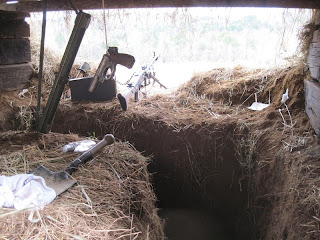 A view from inside the completed machine gun position, also visible are the flare gun and spare barrel carrier 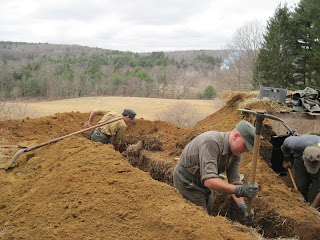 Digging ever deeper sections of trench, a building in the background has been hit by an enemy shell 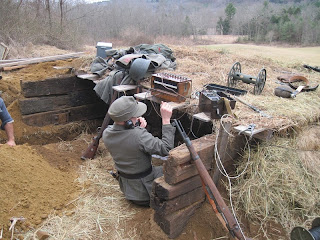 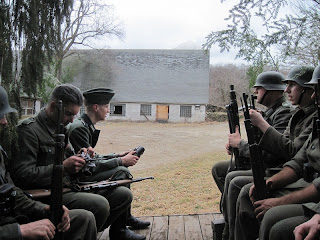 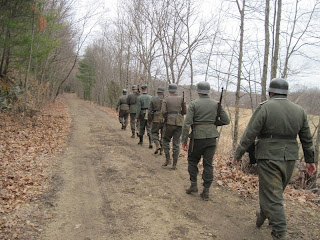 The patrol skirts the Rhine estuary on foot 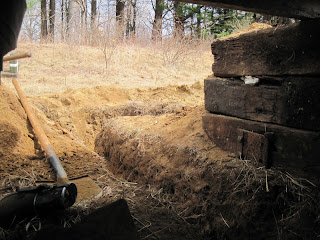 A section of trench seen from inside the machine gun position 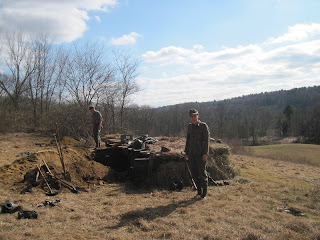 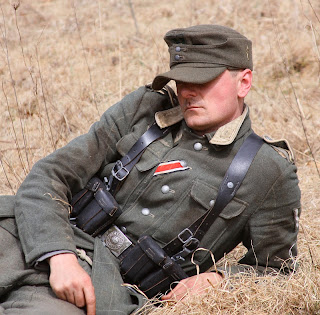 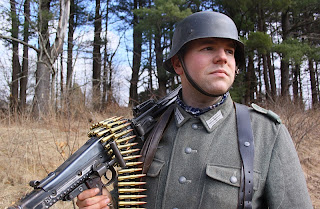 Grenadier Adler standing by with his MG42
Posted by 3PGD at 4:35 PM