The unit got together for a pre-Odessa work party in Waterbury, CT. We accomplished several important tasks including maintenance of the Pak 184(r) anti-tank gun, routine maintenance on the unit's large trailer, and got the Oberleutnant's new motorcycle up and running. We had a great turn-out and the motorpool is ready to deploy at Odessa, an important national-level event...one of the few where we can deploy as truly motorized infantry. As an added bonus we used scrap metal from Russian anti-tank shells (modified for use as blank rounds in the Pak 184(r) to produce divisional cap emblems...just as the original members of 3. Panzergrenadier Division are documented to have done. 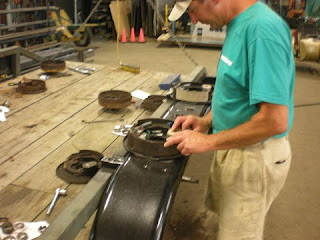 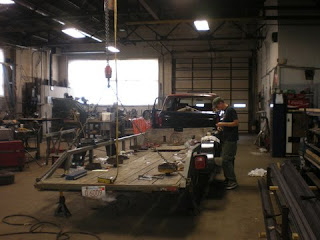 Chris S. also putting in hours on the trailer 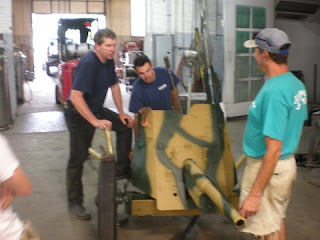 Cleaning and testing the operation of the Pak 184(r) 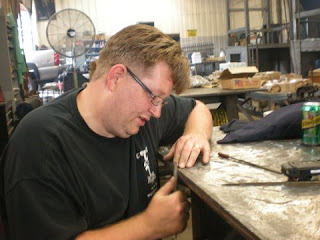 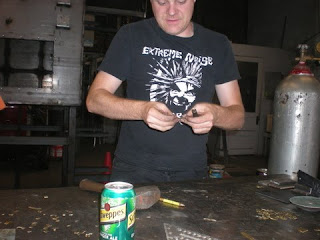 Chris P. is a model of production (note the completed insignia on the bench) 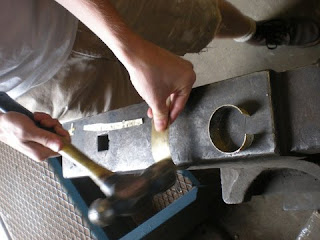 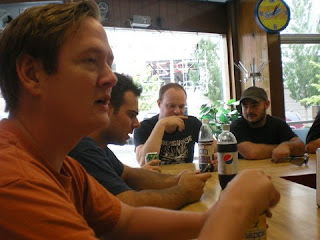 Pausing for lunch before the evening's assault on Home Town Buffet
Posted by 3PGD at 10:46 AM